OxyClean Was The Only "Oxy" He Wasn't Ingesting..... We Think 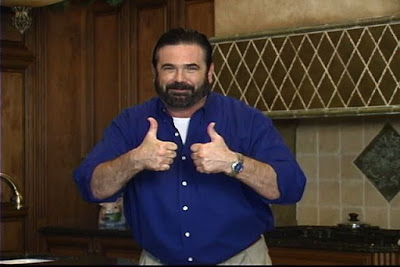 Looks like his sudden and tragic death at the age of 50 was not just "one of those things that could happen to anybody."

and Benzoylecgonine (a byproduct of cocaine).

Which puts Mays into the pantheon of Anna Nicole Smith, Heath Ledger, and Michael Jackson in terms of being a walking pharmacy.

Not that we are a nation that is on a runaway train of anti-depressant use and plastic surgery. Naaaahhhh....

There was this nugget I read recently which stuck in my head...


The number of Americans taking antidepressants doubled to 10.1 percent of the population in 2005 compared with 1996, increasing across income and age groups, a study found. An estimated 27 million Americans ages 6 and older were taking the drugs by 2005, while their use of psychotherapy declined, according to Columbia University researchers. The findings highlight the need for doctors who are not psychiatrists and prescribe the medicines to be trained to diagnose and manage depression so patients get the most effective treatment, said the study’s lead author.

Now, let me be clear. I know plenty about this subject from first hand experience. While I am not on any mood altering drugs, I know several extended family members who are. And trust me, they are LIVE SAVING, quality enhancing miracles.

That said, the increasingly easy recreational use of these drugs does seem to be picking up tempo. And if you are rich, famous or both, you can certainly "afford" to start poppin' the pills like tic-tacs.