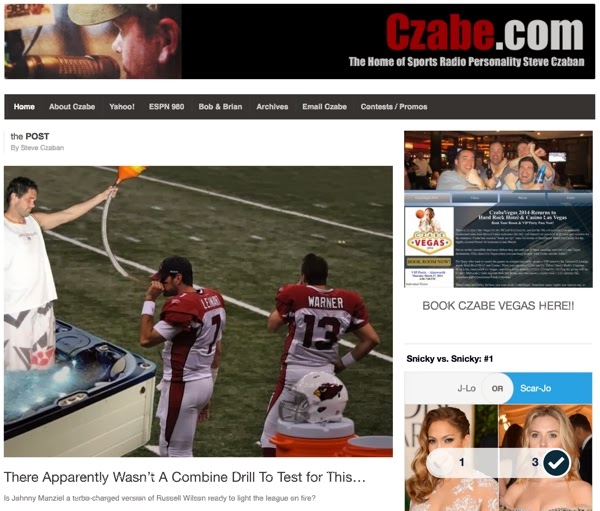 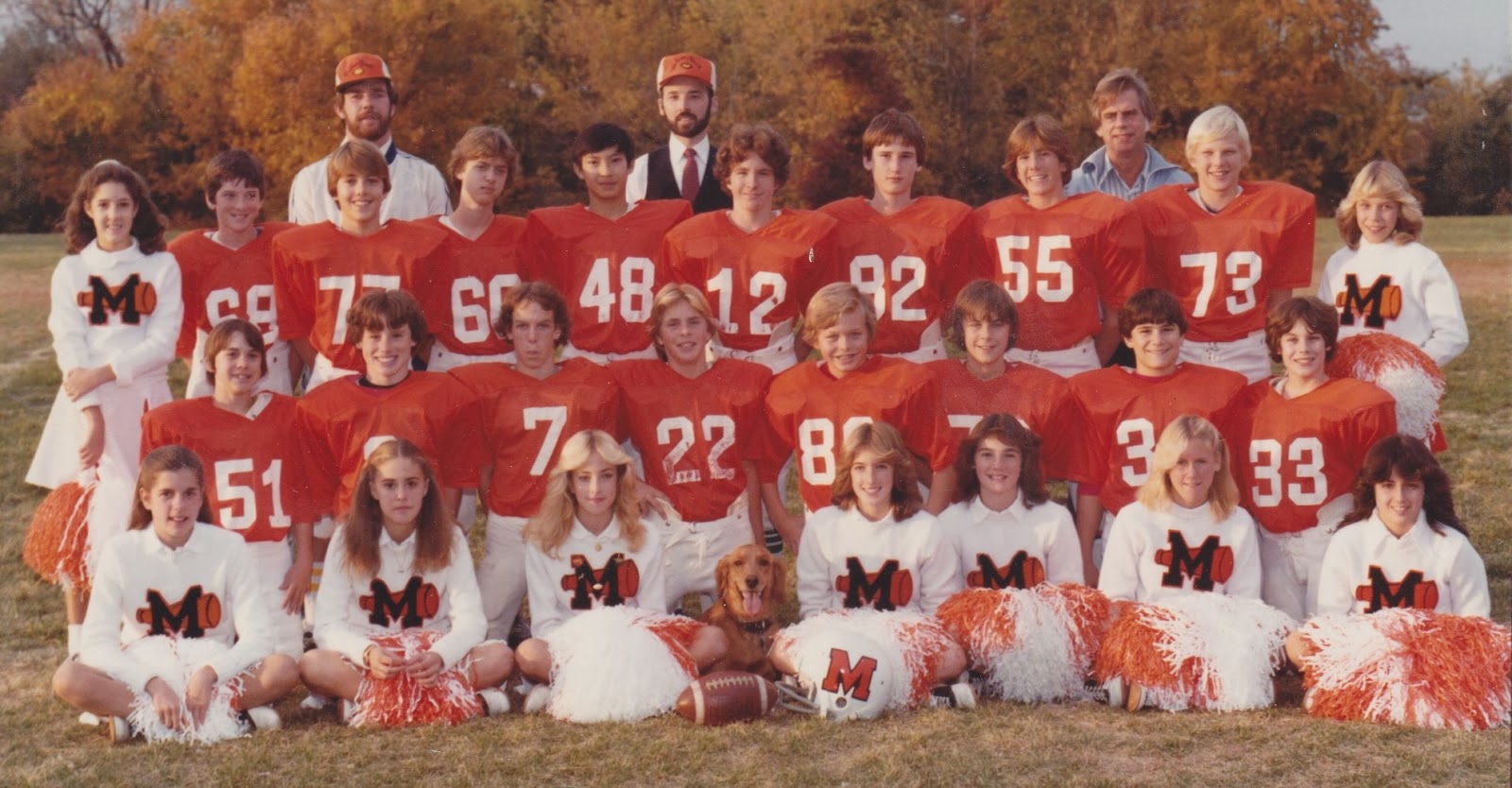 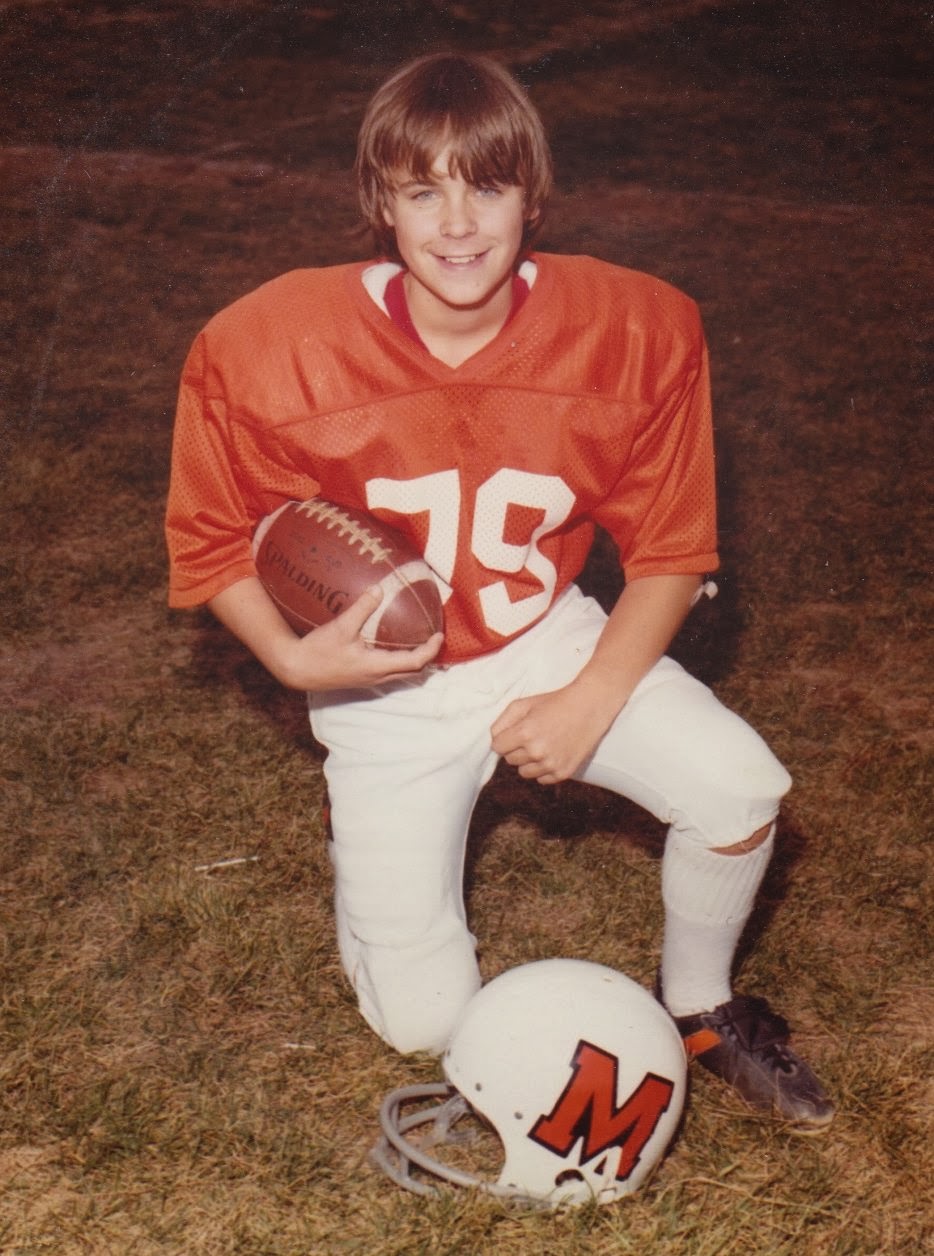 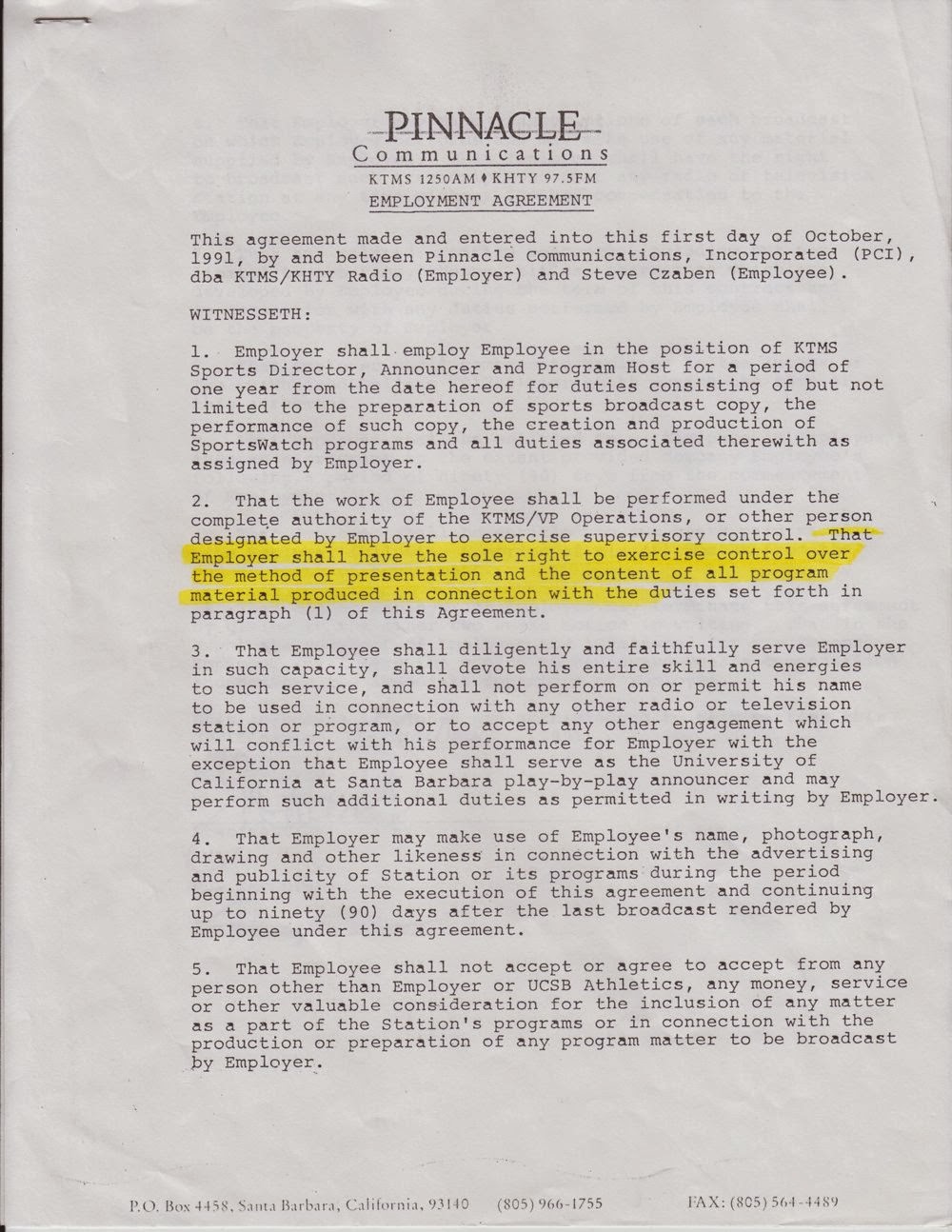 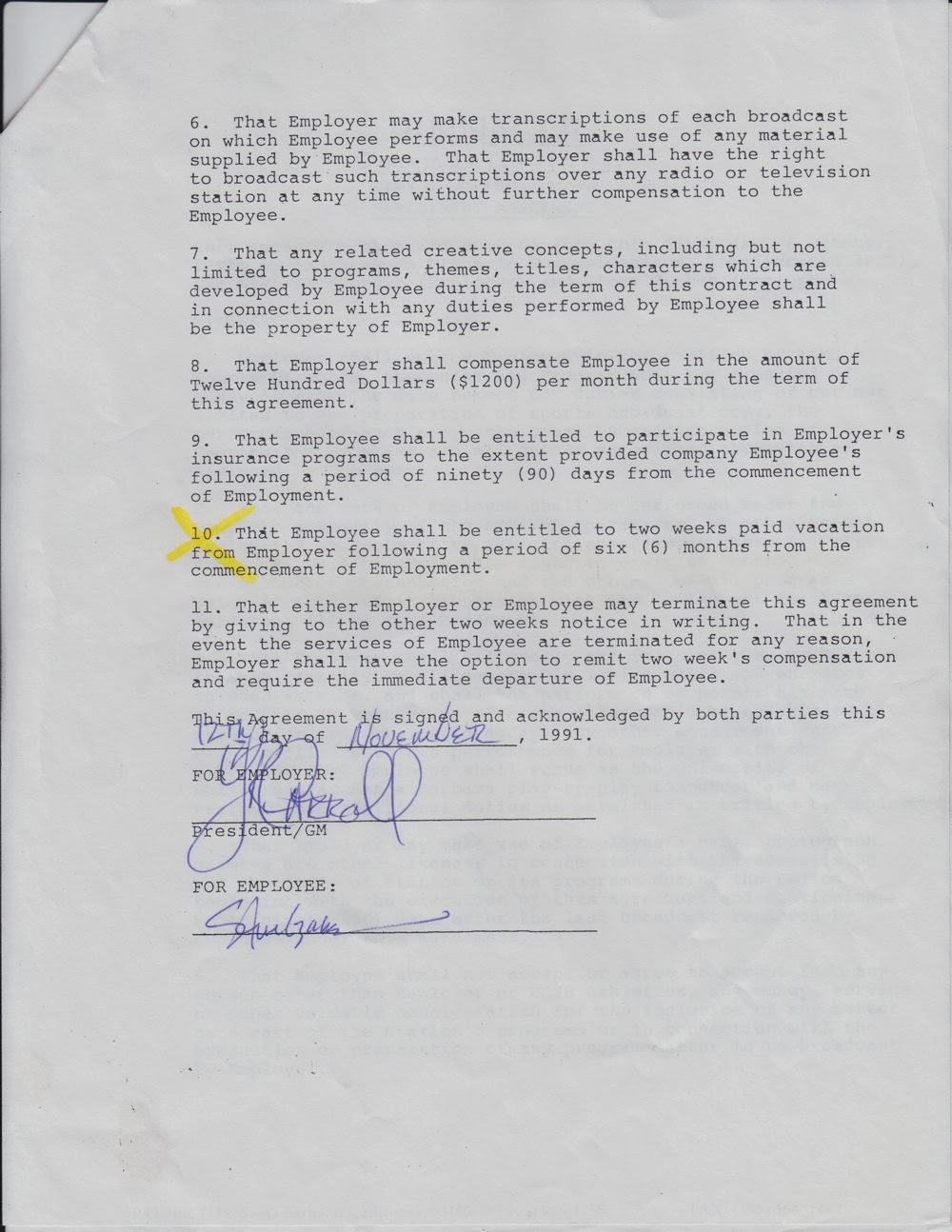 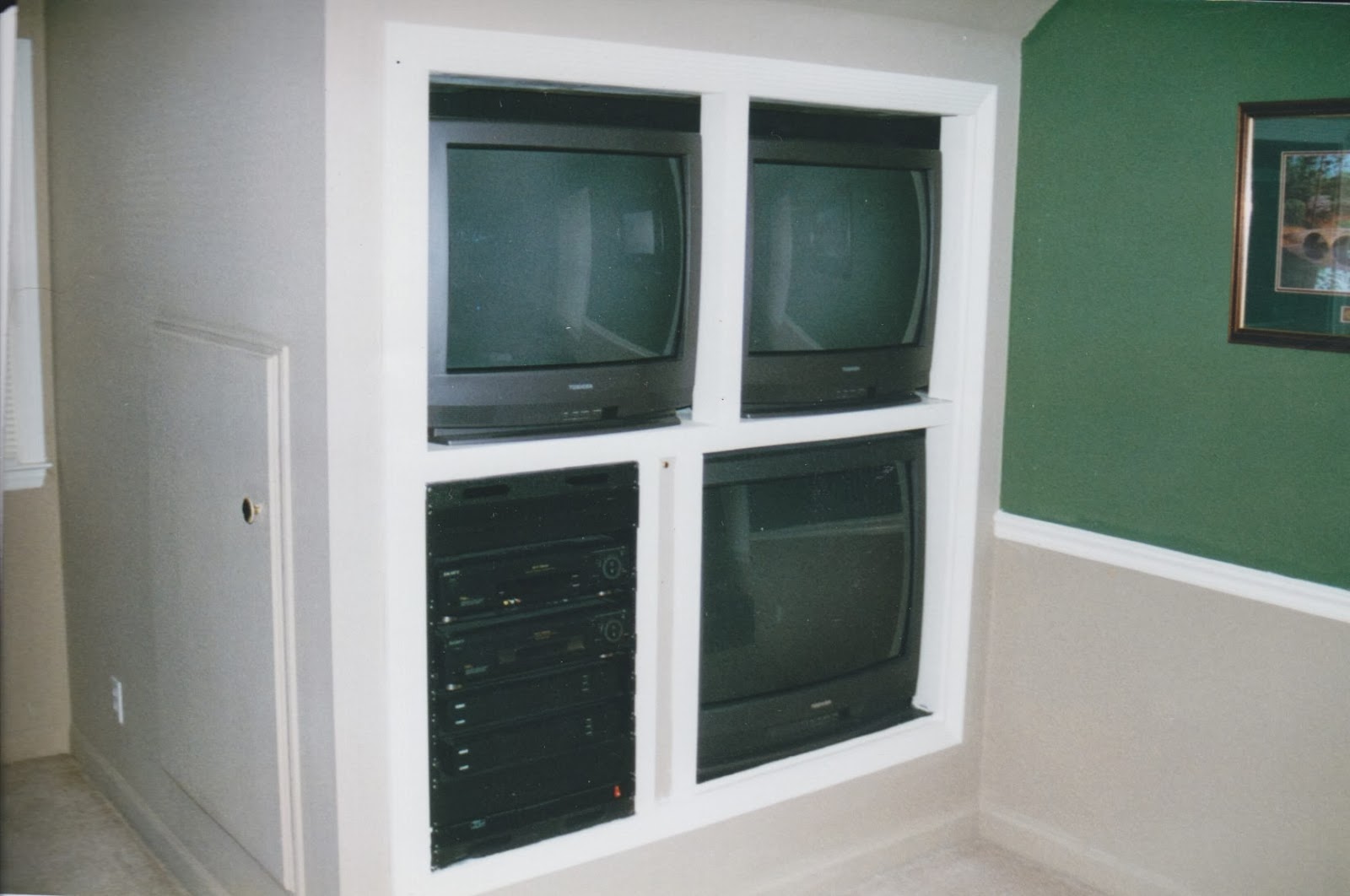 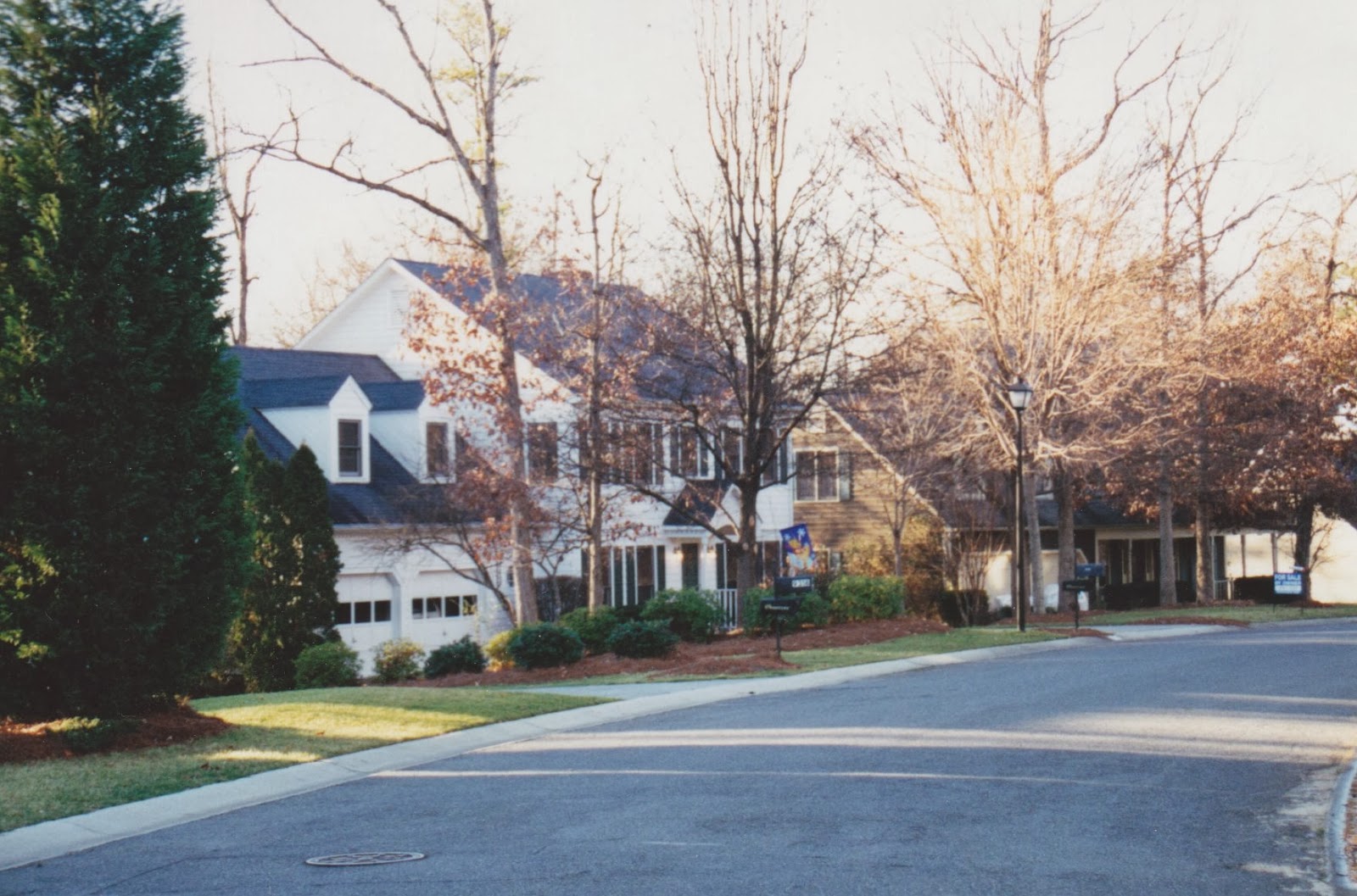 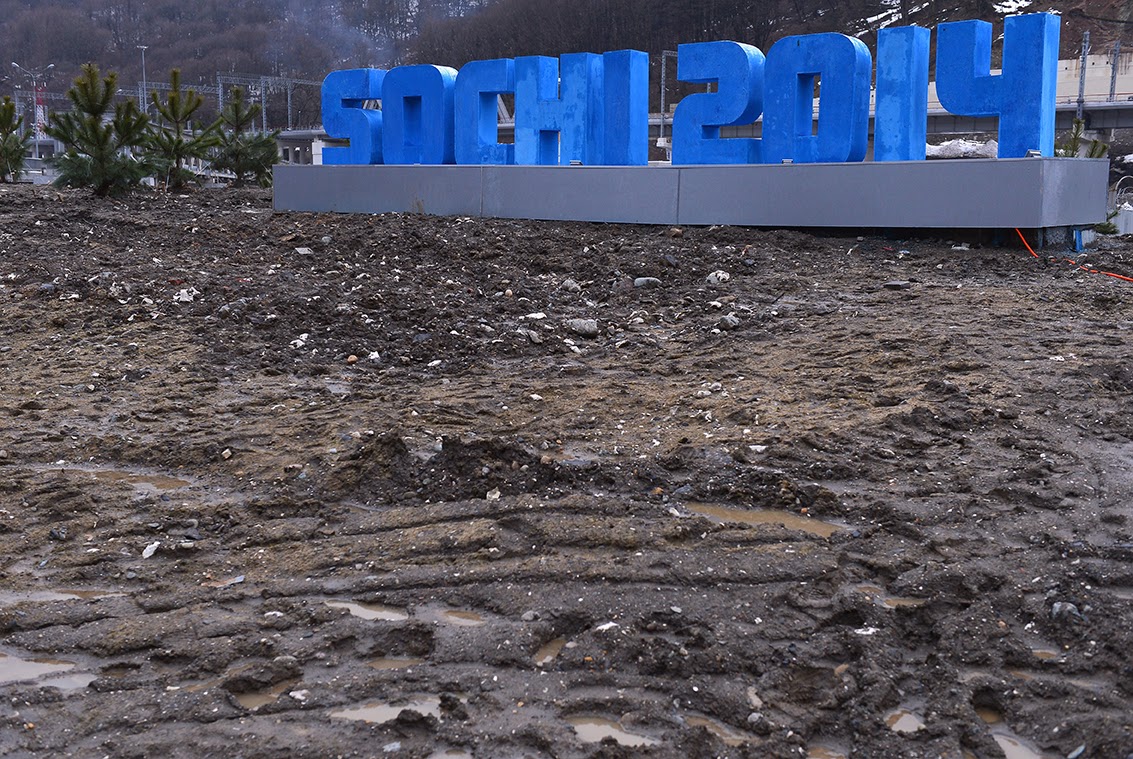 Call me when you graduate, junior.
Posted by Czabe at 2:04 PM 2 comments:

The Three Must Watch Videos From Super Bowl Weekend

An impressionistic tour de force. I think his (heretofore unseen) Ron Jaworski is simply amazing. And I just know Berman did NOT like the fact Frank helped highlight what a cable-access hack he really is as a TV talent. Fox, you screwed up big time, letting Frank walk out the door. Rob Riggle? Really?

The soundbite alone, classic. Re-mixed into a rap riff/song, even better. Set to highlights of his best run? Simply brilliant.

3. Peyton Manning "A Little Bit of Pee Came Out"

Okay, so this was my personal creation. A recycled bit of SNL audio, coupled with some choice images from Super Bowl 48. Not bad for a radio guy with a MacBook Pro, eh? 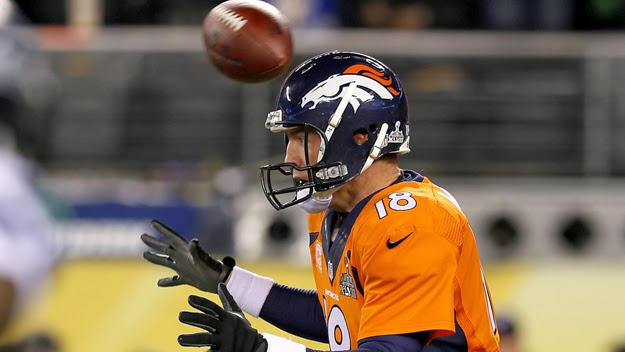 Never again. I shall never again fall swooning for "offense" when it meets great, or even just "good" defense.

Several things from this game, I completely failed to account for, that helped lead to the humiliating (for me) disaster (for the Broncos) that ensued.

1. It Was Loud
As much as Seattle thrives on the 12th man fury at home, Peyton thrives on the library like silence on offense at home. It allows for seamless check-outs, hard counts, and manipulation. When MetLife came alive from the start, it was like a road game for Manning. Trouble. The o-line was nervous against that pass rush, and none of the usual gyrations were worth two shits.

2. The Denver Secondary Was Atrocious
Okay, so Champ Bailey had a helluva a career. He's shot. Letting Baldwin loose like that was pathetic. And Dominique Rodgers Cromartie should retire, as he threatened. When Percy Harvin comes across a second time on a jet-sweep that went for huge yards the first time, you can't let the WR easily seal you off with a block. And don't get me started on Tony Carter. You suck. Like they were going to ignore that PI in the endzone? At the Super Bowl? Good job, good effort.

3. Cliff Avril Dominating
And it wasn't just him up front, I am well aware. But to see Avril lift up RT Orlando Franklin like he put a palette jack underneath him and moved him effortless into Manning's lap, was a singularly incredible athletic feat to see.

All that, plus three ill-timed, and utter disasters: the safety-snap, the balloon pick-six, and the Percy Harvin Immaculate Bounce-Pooch, meant Denver just "got debacled" as Emmitt Smith would say. 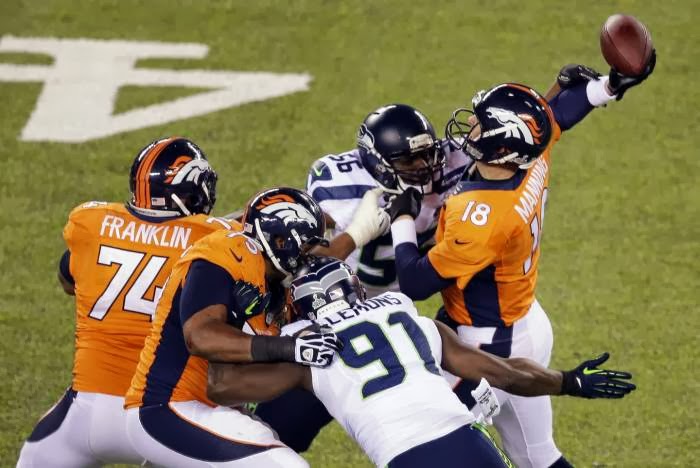