Memo To Mid-Majors: Suck It! 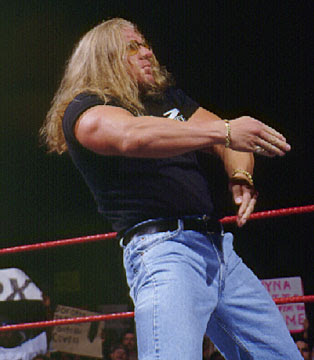 I hate to say it, but the greatest month-long sporting event in the World is being bastardized, BCS Style.

When 30 of 34 at large bids go to “power” conferences (please, replace that term “power” with “BCS”, the insult stings more) you know that the money men have strengthened their grip on this event and it’s attendant riches.

Did you know each conference gets more money, the more teams that are in the event?

Of course you did, silly. I just wanted to bring that up again.

Too bad then, that CBS must tiptoe gently on guys like Mike Slive when trying to grill them on this “rich get richer” mentality. Greg Anthony did his best – although it wasn’t nearly pointed enough – to put Slive on his heels.

The question I would have asked is simple: “Mike, it sure looks to everybody, that the BCS is running the basketball post-season now as well. Am I wrong?”

Just let him choke on that one, while he spews doublespeak.

Here’s the regression on so-called “mid-majors” in the Big Dance since 2003.

The argument this year – and remember, these arguments change yearly, to suit whatever Committee bias exists at the time – was that this was a “down year” for mid-majors.

Yeah. It sure is, when you don’t invite any!

See, what has been happening, is that mid-majors are showing more and more capable of pulling down the pants of the so-called “power” schools.

It was fine to invite them in greater numbers, so long as they knew their place.

Then they started getting uppity. Butler deep into the Sweet 16. Gonzaga a consistently under-seeded threat. VCU beats Duke. Davidson like a buzzsaw with Stephen Curry. And horror of horrors, GASP!, George Mason actually makes the Final Four!

Well, now. We must put a stop to that.

So the NCAA powers that be are steadily choking off the mid-major lifeblood, assisted greatly by the fact that most “power” schools are chickenshit and won’t schedule even a 2-for-1 home and home against an opponent with a stadium whose endzone seating area is a wall.

You had to know that Tony Soprano was cracking down when the NCAA refused to reduce at-large berths by just one, 34 to 33, and instead set up a card-table game for the extra conference qualifier on Tuesday.

If anything, this “down year” for majors and mid-majors alike (and I don’t contest that fact, by the way) is a perfect time to give the tiebreaker to mid-majors with great overall records, and RPI’s that dust your cronies like Arizona.

Here, here’s the two charts CBS threw up and let you gaze at for about 30 seconds each, without any meaningful dissection of what a joke it all is… (Note: God bless TIVO and the “pause” button.) Teams are followed by record and RPI.

John Feinstein’s Saturday column in the Washington Post nailed the three-ball without even grazing the rim. Here’s the money quote….

“In a situation like this there's only one guy [on the basketball committee] who can really stop the Big Ten from getting all the bids they're talking about and that's the guy assigned to follow the league during the season," said George Washington Athletic Director Jack Kvancz, who spent five years on the committee. "Every committee member is assigned three leagues to follow all year. If the guy who has the Big Ten this year stood up and said, 'Hey, I know these teams all have 20 wins, but they aren't that good,' people would listen. If someone else does it, unless the guy who has that league backs him up, nothing is going to happen."

Remember when the smaller schools threatened to sue the BCS unless they loosened their grip on the money? It worked enough that now a school like Utah can at least sneak into the big bowls so long as they are undefeated.

That same kind of lawsuit is coming in basketball. You heard it here first.
Posted by Czabe at 8:35 PM