Whipsawed By The Memphis Under 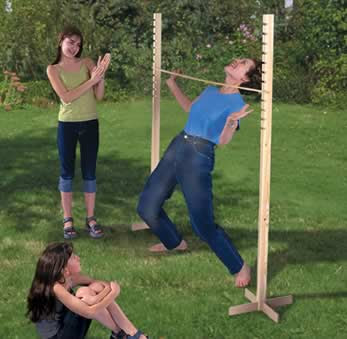 At the Sweet 16, one of my famously awful calls with the boys at the Palazzo Sports book was the UNDER in the Missouri wipeout of Memphis. My reasoning was rather anecdotal. The floor at the Cardinals cavernous dome looked dead, the players were out of synch, and the shooting backround appeared to create many clunkers. And even though the TOTAL in that game seemed oddly low (142.5) I figured the oddsmakers knew something I didn’t. I was wrong. Loud wrong.

But I was hardly the only one. The bookmakers missed the total by a staggering 51 points themselves (something very rare, mind you) and so did other handicapping experts. This explanation from Kevin O’Neill, a guy I very much respect for his in depth research and thoughtful approach to analyzing point spreads.

Memphis and Mizzou had two of the strongest D's in the country and I figured medium-paced Memphis would do everything they could to slow down their game last night after the scare put into them by Cal State-Northridge, I was intrigued with the under. Researching the games when Calipari coached against Anderson in the Memphis/UAB rivalry showed that these two played slower, lower scoring games than expected. I thought the combination of factors were impressive, so I played the under. It took only 31 minutes for the game to go over the 142.5 we released it at. Memphis D, so strong all season, was easily penetrated by both Cal State-Northridge and Missouri and a lot of CUSA coaches are probably sitting in their office formulating similar game plans for next season right now.

I was reading a story recently about a man in Nevada who got attacked by Killer Bees. Apparently, he was operating a back hoe, unearthed a giant nest under a boulder, and proceeded to absorb over 1,000 stings! He lived.

Experts, however, said that had the man run to a nearby pond or pool – ala Winnie the Pooh – it would have been a mistake.

They say, bees can see you under water, and will wait for you there, to attack again when you resurface for air. Instead, experts say you should run as fast, and as far as you can.

Even though this link says basically the same thing, I gotta believe going under water is a good bet. Even if the bees were waiting for me above the surface, I would breach the surface violently like a missile shot from a submarine, flailing my arms and splashing wildly. I would take a big breath with one hand over my mouth and nose to avoid inhaling any bees, and then go back under.

Total attack window for the bees would be maybe 3 seconds, tops. Eventually, I think they would get bored and go home. Or not, then I’d be screwed.

Many people have emailed asking about the epic story in S.I. last week about how and why pro athletes go broke. Flat… busted.. broke! Here’s the link. I recommend a full read, and then a re-read just to cement in the anecdotes.

It began in the winter of 1991 when he sank $300,000 into the Rock N' Roll Café, a theme restaurant in New England designed to ride the wave of the Hard Rock Cafe and Planet Hollywood franchises. One of his advisers pitched the idea as "fail-proof, with no downsides," Ismail recalls. He never recouped his money and has no idea what became of the restaurant.

Lesson learned? If only. After that Ismail squandered a fortune funding not only that inspirational movie but also the music label COZ Records ("The guy was a real good talker," says Rocket); a cosmetics procedure whereby oxygen was absorbed into the skin ("We were not prepared for the sharks in the beauty industry"); a plan to create nationwide phone-card dispensers ("When I was in college, phone cards were a big deal"); and, recently, three shops dubbed It's in the Name, where tourists could buy framed calligraphy of names or proverbs of their choice ("The main store opened up in New Orleans, but doggone Hurricane Katrina came two months later"). The shops no longer exist.