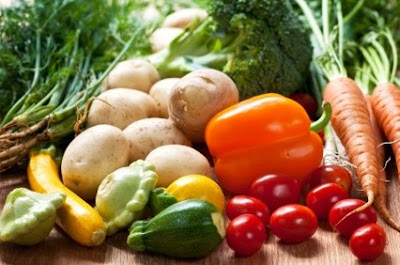 Is anything really “real” in the Obama administration?

We know his appointees don’t really pay their taxes. But then again, it only happened to 8 of them, so it may have been coincidence.

Doctors being given white coats to wear while on the front lawn of the White House.

Stimulus jobs that don’t exist, or are from non-existent congressional districts.

Promises to hold health care negotiations on CSPAN that evaporate into thin air.

Now, even the vegetables are fake.

Except for one thing: As first reported on AOL’s Politics Daily blog, the fruits and vegetables used on the show weren’t from the White House. They were stunt produce. Ringers.

At the beginning of the two-hour special, the chefs were shown picking sweet potatoes, broccoli, fennel and tomatillos from the White House garden. Then the chefs were seen walking into Kitchen Stadium, produce in hand. One problem: The show is filmed in New York City.

But now we are supposed to believe that the “savings” in Medicare to help pay for Obamacare is going to be real. Sure it is. The tooth fairy will deliver it, using Santa’s sleigh in the Christmas off-season.
Posted by Czabe at 12:01 PM