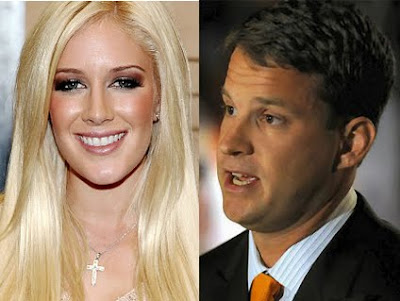 Can somebody please give me a good reason why Lane Kiffin, 35, has now been given an NFL head coaching position, and TWO blue chip college jobs in the last 24 months?

Can somebody show me the resume that merits this?

Was there a football innovation - until now, undiscovered - that Kiffin formulated in his wunderkind mind and brought to the game?

Does anybody say anything good about this kid, other than the obvious fact that he married well, and his daddy was once a fabulous NFL d-coordinator?

So far in this Kiffin-back-USC story, the focus has been on his hasty and tacky retreat out of Knoxville, and the possibly dirty pool dealings of recruiting ace Ed Orgeron.

Is telling UT recruits not to step on campus so they can possibly join Lane in LA sleazy? Sure. But the whole business is sleazy at this level. This is like complaining about how you get dirt under your fingernails after a 12 round mudwrestling bout.

The bigger question to me remains this: "what has this kid done!?"

What kind of svengali-like hypnotic effect must he have on AD's and owners to make him seem like a good choice as coach?

And if - god forbid - his old man Monte wasn't still around, drawing up zone-dog-fire-blitzes for his kid, would Kiffin have a chance at a gig like USC?

Maybe the important thing to take out of this story, is that college ADs have realized just how un-important actual COACHING is from the HEAD coach at this level.

If it's all about recruiting the studs - then get a young brash kid who can connect with the studs, and deliver the studs.

Provided he's got a good staff of proven coaches around him, you then start the season at 8 wins, and build from there.

This doesn't mean I wouldn't prefer a proven game-day tactician with experience on my sideline in a tight game: (Meyer, Saban, Tressel, et. al.)

But perhaps Kiffin knows just enough to not completely fall apart while running a game with the headsets on.

I know this much: if his name was Lane Klepchowski and his dad was a steel worker, he wouldn't be the hottest 12-21 coach in America.

Which brings me to Heidi Montag.

She claims, it is only because this is the professional world of hyper-perfection she chooses to work in, and that it was only after much soul searching to realize that she's okay with the person "inside" as well.

For those people entirely un-hip-enough to know: "Who the hell is Heidi Montag?" it raises another Lane Kiffin like question: "What does she do, and why do I care?"

I suppose if her boobs are big enough, and her face perfect enough, then nothing else really matters.

Just like if Lane can bring 5 blue-chippers with him to campus, so what if he never spent 20 years grinding out a career touching all the standard rungs of the career ladder?

Move over, Spencer Pratt. It's Lane and Heidi who belong together, especially in LA.
Posted by Czabe at 9:40 AM