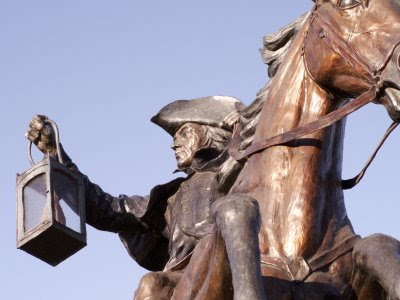 In the bloodsport of modern American politics - Elephants vs. Donkeys - the special election of Scott Brown to Ted Kennedy's Senate seat in Massachusetts is the greatest upset ever.

Now I know about the infamous "Dewey Beats Truman" headlines. But that was due in large part, to ancient polling practices of the time.

This was a shocker on about 20 different levels.

For starters, let's be honest. IT WAS Ted Kennedy's seat. Brown was shrewd to point out that it was technically not, but that's like saying UNC getting a sub-regional #1 seed in Greensboro is technically not a "homecourt" advantage.

This was like Coastal Carolina rolling into Cameron Indoor and bitch-slapping Duke with a mother of a 30 point second half rally.

But unlike an early season non-conference game, pretend that Coastal somehow kept Duke out of the tournament with the win.

Now, we're getting closer to a better sports reference for an upset like this.

It ain't no joke.

So when a miracle happens like this, to prevent what you think would have been a generational mistake of massive proportions, well then you run around the house in your socks and pump your fists until your elbow nearly dislocates.

Well, at least I did.

God Bless America, a country where a guy can do what Brown did: accept an assigment that is "mission impossible" - and then pull off THE IMPOSSIBLE!

The guy got in his truck, hit the road, and started shaking hands.

And he just kept plugging away.

Powerlineblog.com has this post, referencing some similarly miraculous campaign upsets and last minute rallies in recent memory. I still think this one trumps them all.

When it comes to sports upsets, I have this as my short list in order:

You can of course, throw in Buster Douglass over Mike Tyson, Villanova over Georgetown, and Rulon Gardener over Alexander Karelin in the Olympics.

However those upsets all involved a certain element of "lucky punch" to them. The Top-4 all had impact and shockwaves beyond the actual upset itself.

The Miracle on Ice was a prelude to the fall of communism, Texas Western broke down racial barriers in college basketball, Ouimet began the American ascendancy in the game of golf, and Namath's Jets struck a mighty blow for the upstart AFL.

The shockwaves for Brown's Massachusetts Miracle are just being felt now. Ka-boom! Is there a truly "safe" Democrat anywhere in this 2010 cycle?

With the one year anniversary of Obama's inauguration, there are some pundits with some serious buyers remorse.

Notably, Mort Zuckerman who crushes year one of the Age of Obama thusly:

In the campaign, he said he would change politics as usual. He did change them. It's now worse than it was. I've now seen the kind of buying off of politicians that I've never seen before. It's politically corrupt and it's starting at the top. It's revolting.

Meanwhile, the Oracle of Omaha, Warren Buffett, is starting to re-think things, although not as drastically. He properly laments the idiotic notion of a special punitive tax on big banks that have paid the US treasury back - in full, with interest!

“If you’re really looking for the people who benefit from the government losses you’d have to look at Fannie or Freddie. Are you going to tax the member of Congress who ran Freddie and Frannie,” he said. “….I just think a tax that’s enacted with the idea that the headlines will be appealing and that a certain amount of vengeance will be achieved. I don’t think that’s the greatest form of tax policy.”

Yeah. Exactly, Warren. Welcome to the party. Where have you been?

I thought I never would see anything as jaw-dropping, holy-shit, did-that-really-just-happen amazing politically in my life as a virtual "tie" in a presidential election (Gore-Bush, 2000).

Thanks Senator Brown. You are a hero to millions. Drive that truck right up the steps of the Capitol, throw it in park, and flip the keys to Harry Reid and say: "Park it, bitch."

Pretty soon, Nevada voters willing, he'll be doing that at Ceasars for a living.
Posted by Czabe at 12:23 AM