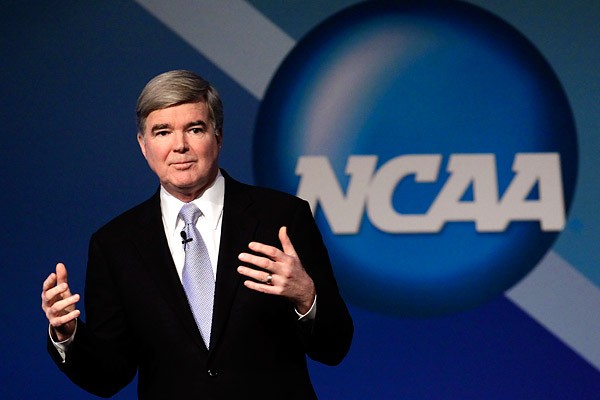 Soooo, this should be amusing.

Monday morning, at 9 a.m., the NCAA bell will toll for Penn State football. And of course, you know one thing is a lock: The Ohio Bobcats will still run out of that Beaver Stadium tunnel on September 1st.

Matt Hayes of the Sporting News, absolutely NAILS the way I feel about the NCAA and how they do business these days.

Excuse me if I can't get excited about an organization that saw Ohio State players accept cash in envelopes after coach Jim Tressel's lies and illegal benefits for players were exposed, but said lack of institutional control wasn't an issue.

If I can't get excited about an organization that knew Cecil Newton was shopping his son, Cam, to Mississippi State — yet let him continue to play at Auburn (and eventually win a national championship) — because it had no rule prohibiting parents from shopping their offspring to the highest bidder.

If I can't get excited about an organization that knows street agent Willie Lyles was paid $25,000 by Oregon for useless recruiting information; that knows Lyles was the "mentor" for five-star recruit Lache Seastrunk; that knows Oregon coach Chip Kelly lied when asked by a newspaper if he knew Lyles (Kelly later said, we call him 'Will'); that knows Kelly told Lyles he needed more recruiting information from Lyles after the fact, yet we're more than a year into the Oregon investigation with no end in sight.

If I can't get excited about an organization that looked at quite possibly the worst case of NCAA infractions in the history of the sport at North Carolina — in its depth and breadth of clear, indisputable illegal benefits and academic fraud issues — and decided it wasn't as destructive as a Southern Cal assistant coach who the NCAA claimed "knew or should have known" Reggie Bush was getting illegal benefits.

What happened at Penn State is the single greatest tragedy in sports history. Whatever penalties the university receives from the NCAA — whether or not the sport's governing body and Penn State agreed on them — isn't the point. If it were up to me, I'd shut down the program for the exact number of years the university hid the child abuse.

But this isn't about the penalties; it's about NCAA process.

You should read the whole piece by Hayes, because he acutely points out how this "wing it" approach by Emmert and the NCAA is going to come back and bite them on the ass, big time.

Penn State will likely be back after these sanctions, before you realize it. At which time, the conclusion will be obvious: the crime was worth the punishment. Just ask any other big time college football program. 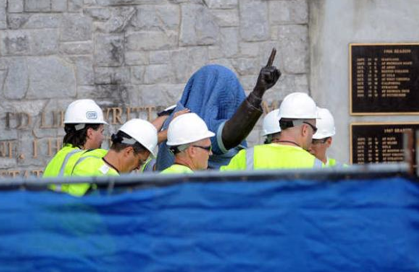